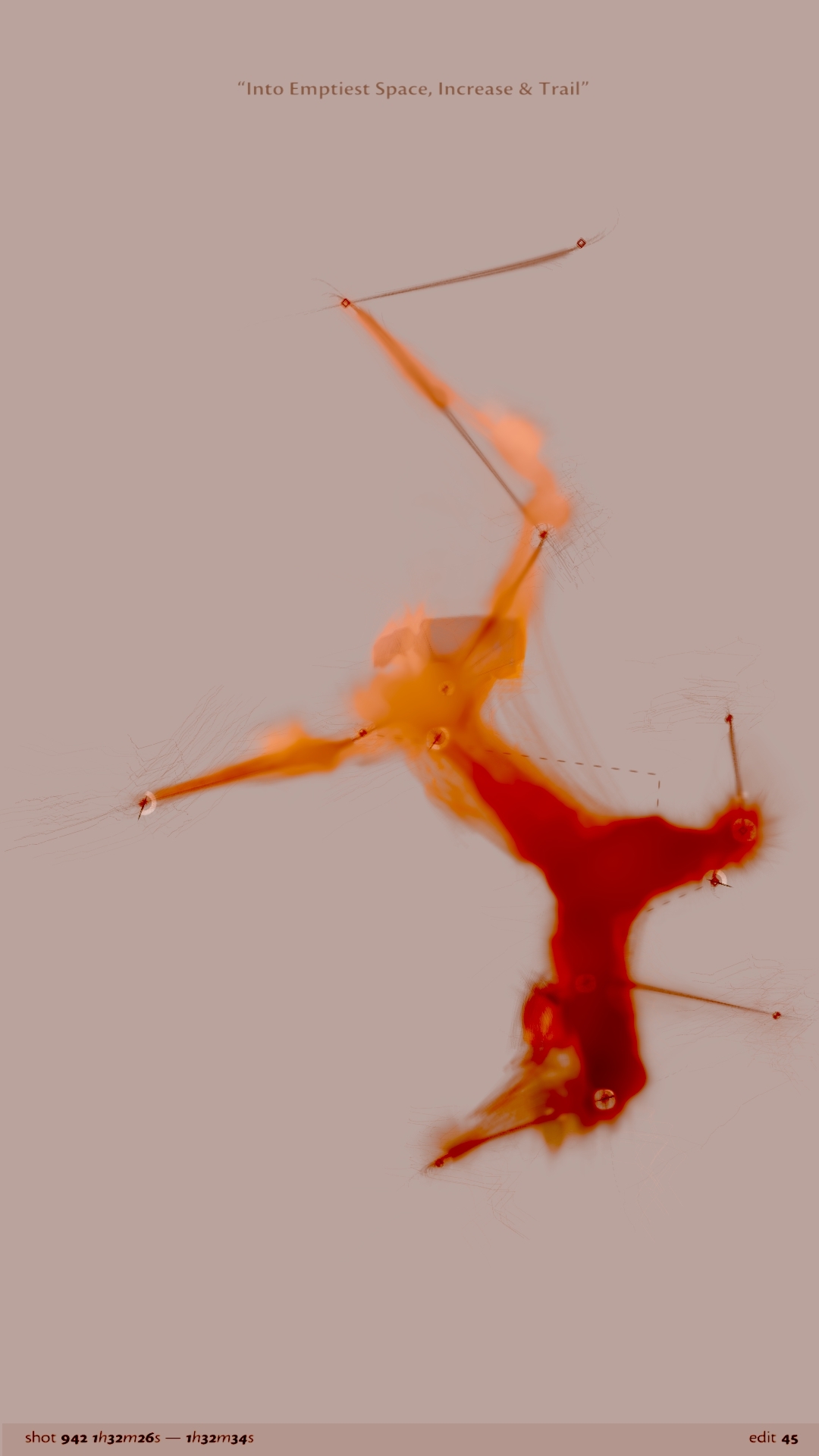 The vision for an ‘artificially intelligent choreographic agent’ that would solve dance-making problems alongside dancers in the studio was a core motivation behind a decade of collaborations organised by Wayne McGregor|Random Dance (WM|RD) with artists and researchers from other fields including cognitive, computer and social science. These collaborations, set up to seek new understanding of choreographic practice and thinking, converged in 2008, under the heading R-Research.

In 2007, an interdisciplinary ‘brain storming’ session on the theme of autonomous adaptive agents was organised during the period leading up to the creation of Entity (2008). The Entity Think-Tank, as the session was called, was attended by a group of specialists from various fields including artificial intelligence, cognitive science, robotics, choreography and dance, neurophysiology, interface research and digital arts.

The concept for the Choreographic Language Agent (CLA) that emerged from that session and would bring together the artistry and programming know-how of Marc Downie and Nick Rothwell with the support of Alan Blackwell. The CLA was based on McGregor’s use of instructions in choreographic creation.

link to Nick Rothwell demo on vimeo: cla-demo-nick-20100218.mov (on my computer) — also that great b&w one Marc made for Choreo Objects

One of the initial projects focused on creating software tools [not sure about this link] to support the creative process in the rehearsal studio. Specifically, McGregor and his collaborators had the aspiration to develop a ‘choreographic agent’ that could computationally generate solutions to creative tasks alongside dancers in the studio. Initially this project, named ENTITY, drew on research in both artificial intelligence and the study of mind.

[Scott to provide additional/replacement images for slider below]

In 2007, the interdisciplinary Entity Think-Tank bringing together specialists from various fields was convened to explore concrete proposals. What emerged was the concept for the Choreographic Language Agent, a project that focused on exploring variations in choreographic instruction and involved a close collaboration with digital artists Marc Downie (OpenEnded Group) and Nick Rothwell (CASSIEL), with research and design support from Luke Church & Alan Blackwell, Crucible/ Computer Laboratory, Cambridge University. [Scott to provide links to add here]

[Scott to provide video to be embedded]

[Perhaps one or two sentences about how it ended/ also successful achievement in a link to Alan’s paper?]